I don't want to burn any bridges


The language we use provides so much more information about what's going on inside. Exploring the meaning of the language, therefore, will then help us make shifts within. Which in turn allows us to take different actions on the outside. After all, if it was easy we'd have taken the necessary action by now and never have any problems. Something is stopping us from doing what we say we want to do. Since no other person is stopping us from making a different choice the only culprit is ourself and our mind. And the language we use is one way we have of understanding what is really going on in our mind.

Here's how the Landscaping Your Life process worked in this situation and, perhaps the best way of explaining it, helped the mind see the error in it's logic.

Talk of burning bridges led to a discussion about building bridges and crossing bridges. Which led to a realisation that the situation felt like that depicted below: 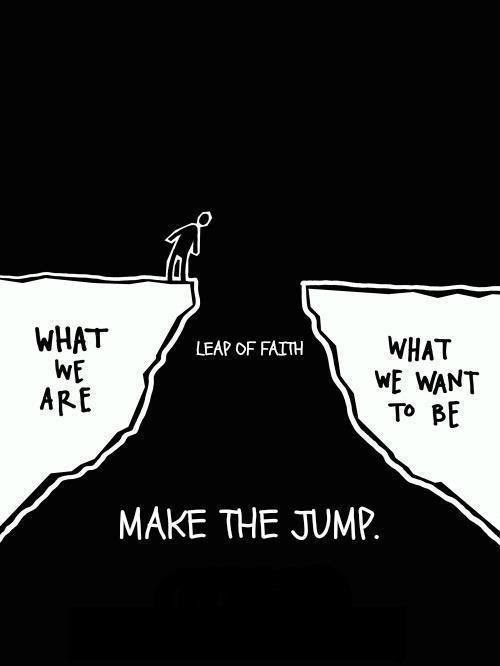 Except there was no leaping required just a bridge that they were afraid would burn. As they envisaged crossing from the side they were on to the side they wanted to be, the bridge kept getting longer. No wonder if felt like a relentless and fruitless exercise. I can't envisage what it must have been like to be on the bridge expecting it to burn any minute! Feeling like the situation was like this certainly explained much of their behaviour they'd explained was taking place.

After checking that the other side of the gap was where they wanted to be, we explored the different ways of getting over the gap. At the time we were standing at the top of a hill behind Burntisland looking across the Forth river to Edinburgh so we used that gap as the metaphor for the current situation. We could see the Forth rail and road bridges as potential options. In addition to building another bridge (and they're even doing that at the moment) other options to get to the other side included: sailing, swimming, canoeing, jet skiing, hovercrafting, submarine (which isn't as unlikely as it seems here), lilo, paragliding, plane and zip wire.

As we explored each of these it became apparent that the zip wire was the preferred route as "it's quick and I don't have an option to change my mind." So we spent some time there on the top of the hill envisaging safely taking a zip wire across to Edinburgh and noticing how if felt once they got there.

As we walked back down the hill later on my client seemed much less worried about burning bridges and was starting to identify strategies of how to take their business to the next level. From the language used I'd suggest the resistance had been reduced or even released.

For those used to talking through problems this process may seem very alien. One reason it works is because we don't get caught up with the content of the problem. We don't allow "she said this, then he said that and then you'll never guess what happened next" to get in the way of observing what's really going on. To see the patterns and metaphors that explain the underling situation and also provide potential solutions and options available.

If you're metaphorically burning, building or crossing bridges today you may just want to think about what that really means.

Alison Smith
Landscaping Your LifeInspiring change inside and out
Posted by Alison Smith at 19:20 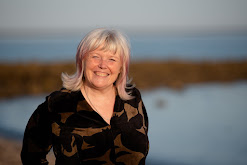